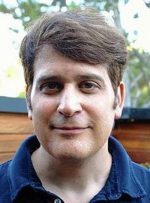 David H. Steinberg grew up in West Hartford, Connecticut where he attended William H. Hall High School, entered Yale at age 16, and earned his law degree from Duke University, where he served as editor-in-chief of the law review. After four years of entertainment law in Atlanta and New York, he abandoned his legal career to attend USC’s Peter Stark Producing Program. Before graduating, Steinberg sold his first spec script called Slackers. Steinberg was immediately hired by Universal to write the first two drafts of American Pie 2.

Any cookies that may not be particularly necessary for the website to function and is used specifically to collect user personal data via analytics, ads, other embedded contents are termed as non-necessary cookies. It is mandatory to procure user consent prior to running these cookies on your website.